Study Phase of the Project

The South Dakota Department of Transportation (SDDOT) in conjunction with the City of Sioux Falls, the Sioux Falls Metropolitan Planning Organization (MPO) and the Federal Highway Administration (FHWA) has contracted with HDR Engineering, Inc. (HDR) to perform an interchange modification justification study for the I-29 Exit 77 interchange and conduct the associated environmental investigation.

As part of the I-29 Exit 77 (41st Street) Crossroad Corridor Study completed in 2012, it was determined that reconfiguring the I-29 Exit 77 (41st Street) interchange would be the best alternative to handle current and future traffic levels. At present, pending funding availability, the SDDOT intends to let for construction a project to reconfigure the Exit 77 interchange and the City of Sioux Falls intends on reconstructing and widening 41st Street from a point west of Marion Road to I-29 and reconstructing 41st Street from I-29 to a point west of Louise Avenue. This will also involve reconstruction of intersection legs north and south of 41st Street along the corridor, including Marion Road from 39th Street to 43rd Street. These projects are currently planned for Federal fiscal year 2021, which this interchange study will help bring to fruition. 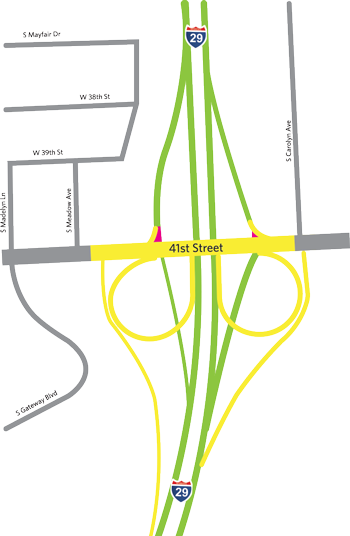 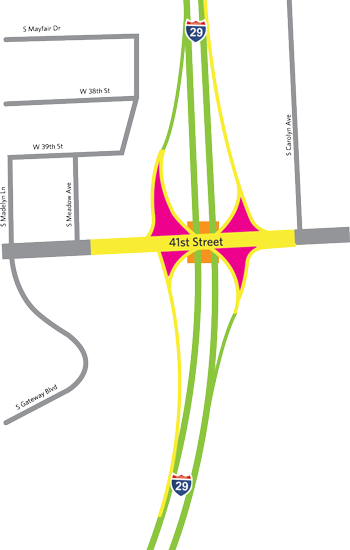 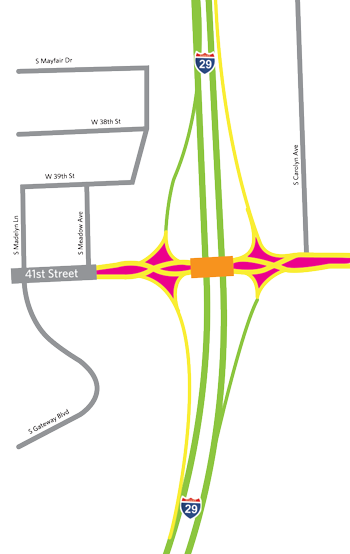